Why Are People Afraid of Friday the 13th?

Let’s Talk About You

Tell what you can do for your visitor and how your service can help.

Friday the 13th is a day when many people experience feelings of apprehension dread driven by superstitious beliefs. As a matter of fact, some will go out of their way to avoid crossing paths with a black cat. While other people who won't give the cat a second glance and might be a Fan of Lucky 13 apparel. Be that as it may, we hope that whatever crosses your path this Friday the 13th makes your day!

Where Does the Superstition of Friday the 13th Come From?

The exact origin of the Friday the 13th Superstition is not known, but it certainly enjoys the Hollywood spotlight. It's almost as if the Genesis creation narrative reads:

"And on the 13th day the people shall experience confusion and fear for no reason."

Then again, a series of unfortunate events have historically fallen on Friday the 13th.

In the first place, it's important to realize that "bad things" occur throughout history on other days of the week. At the same time, our minds tend to look for answers in patterns of recognition that might not have reason.

With that in mind, anything bad that happens on Friday the 13th is sure to tickle the fancy of anybody who suffers from Triskaidekaphobia. Witch by the way, is the fear or avoidance of the number 13.

As a matter of fact, there are thirteen words in that last sentence and it's not a coincidence. In the same fashion, using "witch" instead of "which" is an intentional use of phonological ambiguity. To put it differently, we're just having a bit of fun demonstrating the use of hypnotic homonyms.

The first thing to remember is that many things have more than one meaning depending on context. With that in mind, whether you see your luck as good or bad this Friday the 13th, you'll be right.

At the same time, it's obvious that the number thirteen holds significant meaning throughout religion, numerology, and history.

By the same token, there are many theories why Black Cats and Friday the 13th share similar paths of misfortune.

In the first place, the Last Supper was attended by 13 people counting Jesus and the 12 apostles. Given that Judas was the 13th to arrive it's easy to see why people might read into the situation. Especially since Jesus was supposedly crucified the following Friday. Be that as it may, rumor also has it that Cain killed his brother Abel on Friday the 13th.

Mythical References to the Number Thirteen:

According to Norwegian lore, the trickster Loki might be to blame for 13 being an unlucky number. In like manner to the story of the Last Supper, twelve deities sat down for a feast. At the last moment, Loki, the god of mischief and disorder, showed up and crashed the party. In doing so, he brought the number of guests to 13 and bad luck ensued. Consequently, one of the gods died during the meal and this is why 13 is an unlucky number.

Is 13 an Unlucky Number?

Thirteen is adjacent to twelve which is considered to be a complete number in numerology because it is divisible. At the same time, the number twelve historically appears throughout our stories. There are twelve apostles, 12 Olympic gods, twelve months in a year, and 12 signs of the Zodiac. Given these facts, it might be that 13 gets a bad reputation simply because 12 is such a hard act to follow.

How often does the 13th of the month fall on a Friday?

Final Thoughts on Friday the 13th:

Of course, we all know that Friday the 13th does not hold the exclusive rights to host tragic events. With this in mind, I think you'll find that most people see Friday the 13th as some sort of superstitious novelty.

At the same time, Geek.com predicts that an asteroid will come dangerously close to earth on Friday the 13th. Although this may be true, it's difficult to say might happen in the next five minutes, let alone April 2029. 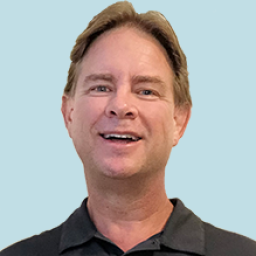 Hypnotherapist & Strategic Intervention Coach = The Hypno-Coach. Reading the stuff that this guy spins, will alter your perception of reality in positive ways. #Hypnoformance is about teaching you how to use hypnosis to improve performance in all areas of your life. This stuff really works! Todd should know, he’s a Certified Master Hypnotist, living the good life, on #PermanentVacation for 4+ years now. He teaches his clients to Escape the Traditional 9-5 • Master the Law of Attraction • Create Passionate Relationships • Conquer Adversity • Overcome Challenges & so much more! Be sure to Follow Todd on Instagram @Hypnoformance100 for daily inspiration!

This site uses Akismet to reduce spam. Learn how your comment data is processed.